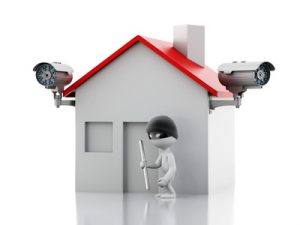 Studies have shown the presence of security cameras at a property causes a notable reduction in crime not just in the area these cover, but in the wider community.

To a large extent this is caused by playing on the nervousness of opportunist criminals and making clear to them that their presence in the area would be recorded and made available to police and even exposed publicly via social media.

Habitual or hardened criminals will also tend to avoid premises covered by CCTV and move to areas where they are reassured their crime, or even presence in the vicinity, will not be recorded.

Further studies have also shown that even displaying a notice about CCTV around a premises can allow property owners to strike a psychological blow to would-be thieves and vandals and encourage them to move on.

Coupled with improved lighting and secure fencing, the addition of CCTV cameras and warnings of their presence has been shown to reduce the incidence of theft and damage to vehicles in car parks to less than half previous levels.

Therefore, it is safe to say the presence of security cameras around a home will deter premeditated property crime not just on that property but will also have a knock-on effect to encourage criminals to avoid the wider area.

Therefore the presence of security cameras also gives reassurance to nearby residents and property owners and helps to reduce the fear of crime in the surrounding neighborhood.

What are you looking for?